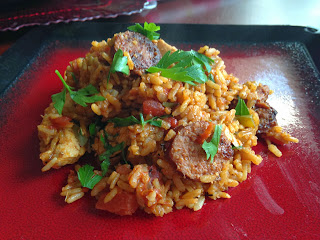 Hello Guys! Sorry I have been away for a few days, unfortunately we had to attend a funeral down in FL for the weekend. It was nice catching up with family but really wish it was for different circumstances. Love you Brian Pennewell! RIP, Cuz xoxox

So I have to be honest...... I had never even eaten Jambalaya before making it myself for the first time. I actually saw a jambalaya recipe and followed it to a T but now I have kind of just came up with my own way of making it! The first time I made it my husband raved about it so when my father in law came in to town he HAD to have it. I think he really liked it because he said "this is better than Mrs Kay's" ........ If you are like me and have never watched Duck Dynasty you would be just as confused as I was with this statement..... lol So I replied with "What is that a restaurant in New Orleans?" hahahah Needless to say he was referring to a character from Duck Dynasty who apparently likes to cook tasty food like myself! lol The spice level was a little too much for him but my husband and I LOVE spicy food!! So if you are not a fan of the fire make sure to only spice to you and your families liking with any recipe that I post! That being said here is my version of (spicy) chicken and Sausage Jambalaya!! 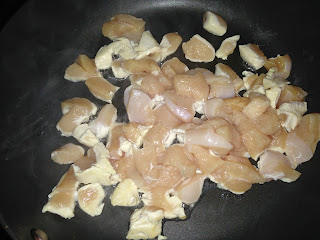 Slice and cook the sausage (and chicken if using raw) in a large pot until done (about 5 minutes). Remove the meat from the pot and set aside for later. 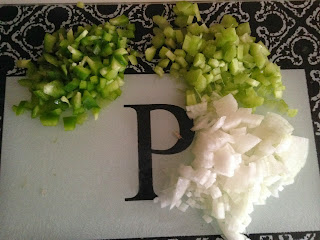 While your chicken and sausage are cooking chop your Pepper, Celery and Onion 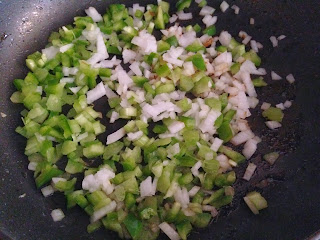 Cook the vegetables in the left over meat drippings until soft. The moisture from the vegetables will pull up all of the flavor stuck to the bottom of the pot (that’s why it’s brown-ish). 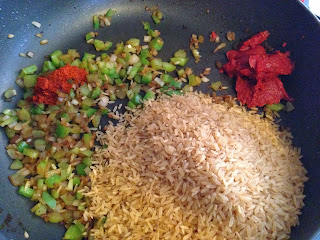 Add the rice (I used brown. you can do white or a mix of both), tomato paste and cayenne pepper. 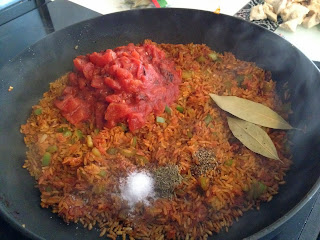 Add the water, can of diced tomatoes, bay leaf, thyme, salt and pepper 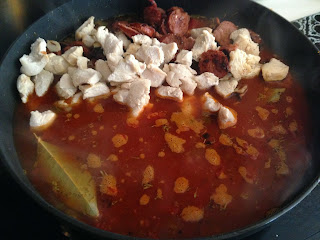 Add the cooked meat back into the pot. Bring the mixture to a simmer then put the lid on, reduce the heat to low and let it cook until the rice has soaked up all of the liquid (about 30 minutes).


Fluff it up with a fork and stir in the chopped parsley! 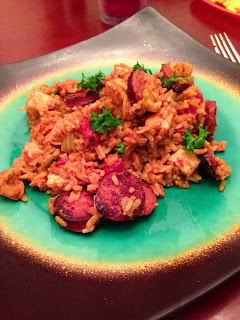 This pic is from the first time I made it! ^^ Amazing all three times so far! 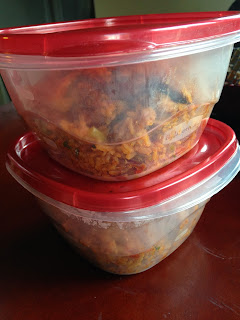 This also freezes well. Or if you are like my husband and I and love leftovers, this makes a great lunch the next day! :)
Hope y'all love this as much as we do! Don't for get to Share the love with friends !
Live, Laugh & Love,
~Lana